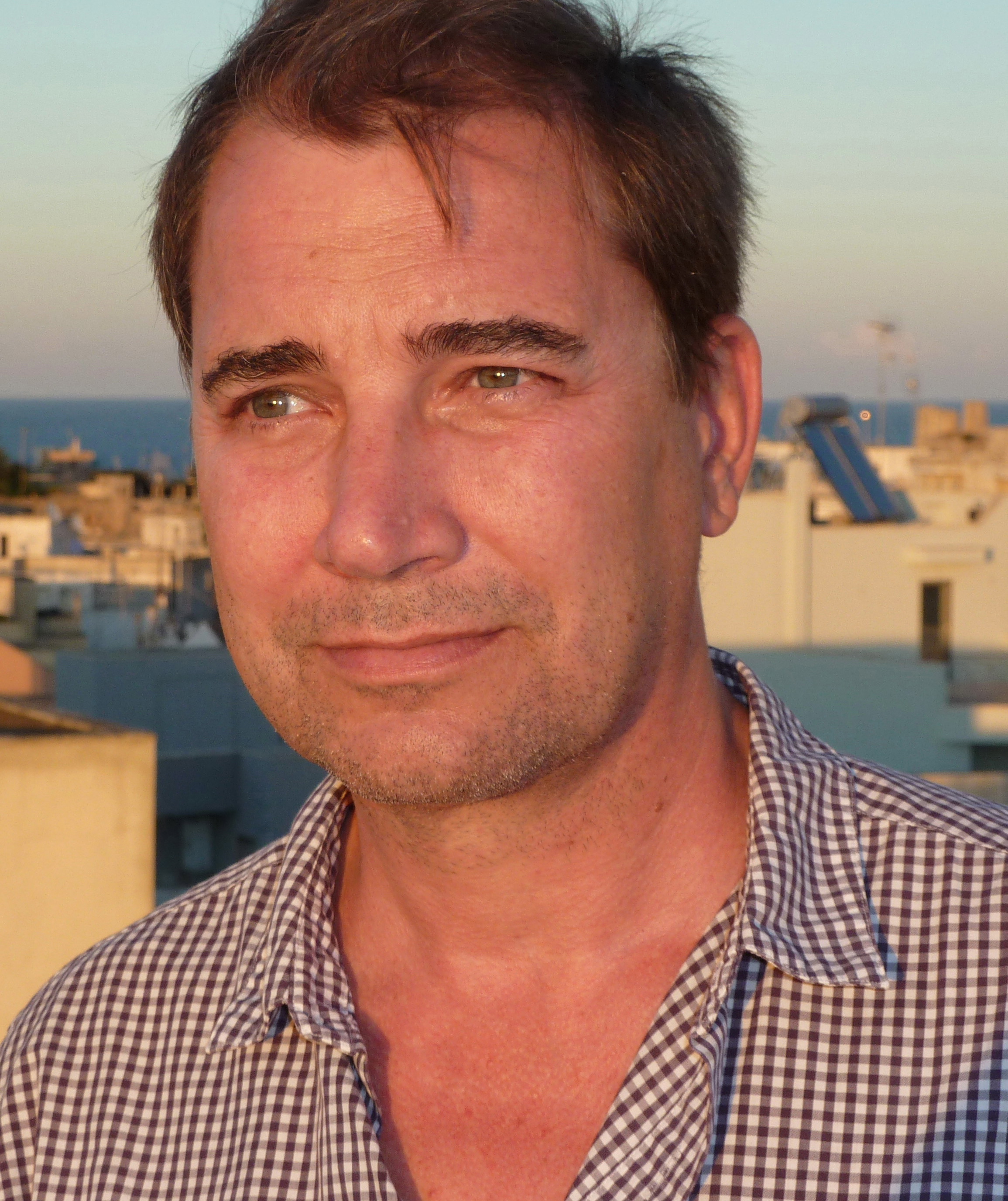 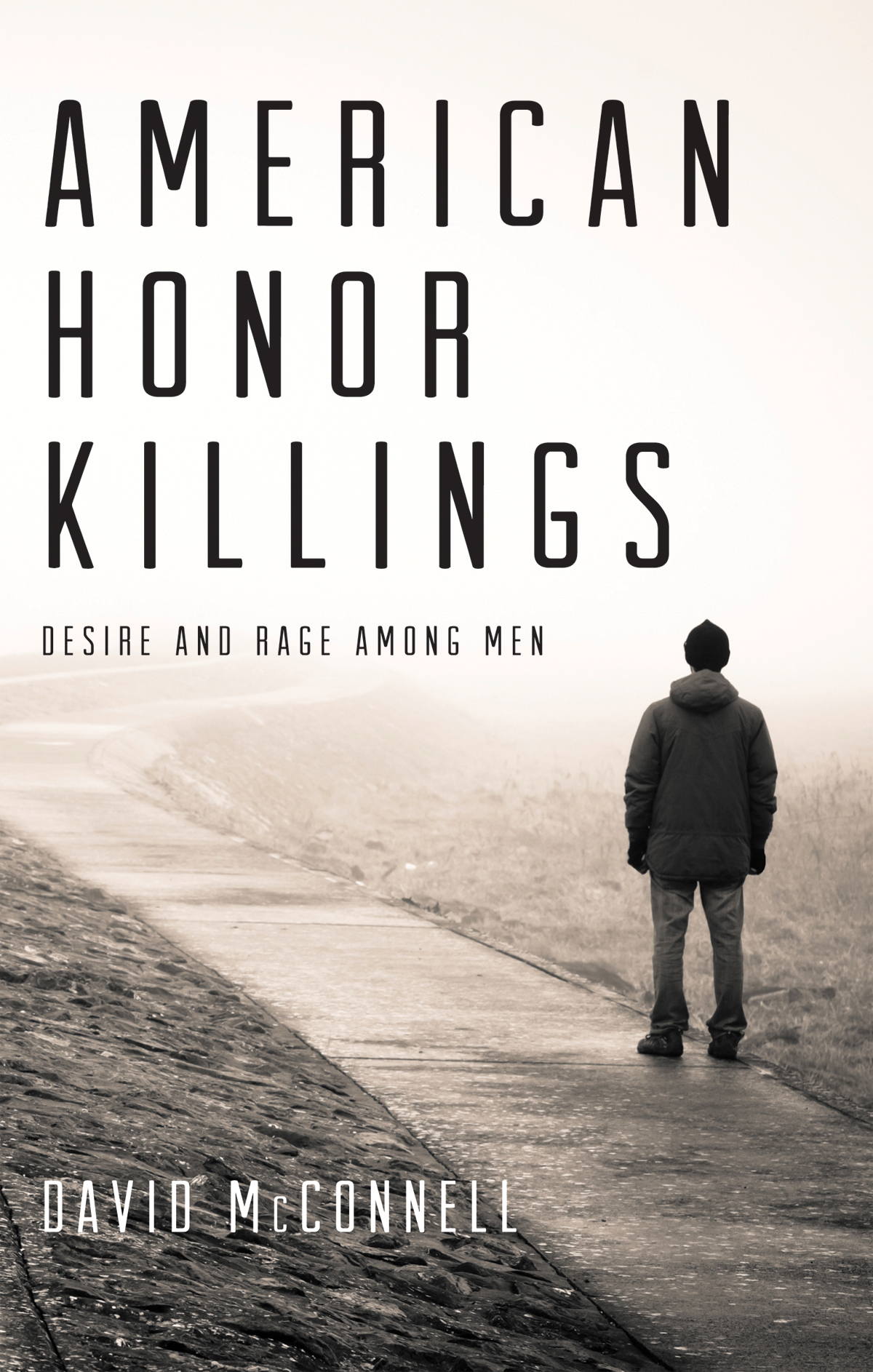 The murders I write about turn on pride, honor, and an ecstasy in violence among young men. I wanted to make explicit the unnerving parallel between these killings and far-off, foreign-sounding "honor killings." Maybe it's controversial to use the term, but it's also revelatory, and scary. Straight and gay men cross paths. The result is murder. What people used to call "gay panic" doesn't exist. That's a legal ploy. We understand that now. But even the term "hate crimes" is misleading. Any sick-minded person can hate. It's an individual weakness, a failing that has nothing to do with the rest of us. "Honor killing," in which, needless to say, there's isn't a shred of honor, is murder in which a whole society is complicit.

We refuse to believe honor killings happen in America. They occur in the mountains of Afghanistan, among tribes or—we still think this way, even if we won't admit it—among primitive people. But the insane impulse behind honor killing is at work in the minds of young men right here. America isn't organized by clan or tribe or even family. It's a nation of individuals and of groups based on culture or identity. The seat of honor for men is personal, religious, racial. And the worst affronts to that honor today are gay sexuality, "immodesty" and "decadence." These killers weren't outraged because someone made a pass at them. They saw themselves as believers, soldiers, avengers, purifiers, as exemplars of manhood.

Until now we've hardly been able to talk about these crimes honestly. What precisely happened? What were the men involved really like, and what exactly was going on between them when the murder occurred? The details matter. We have to go still further and ask about the killers' education, faith. What about bullying and abuse? Our society doesn't condone the murders, of course. We don't join in like a circle of grim villagers holding stones in our fists. But we have to realize how clearly these killings reflect, to our dishonor, an entire culture at war with itself.

1) Somewhat provocatively, the book identifies as “Honor Killings” murders conventionally known as “hate crimes” or “gay panic killings.” The usage appears to complicate understanding of these events. Why would the author introduce ambiguity into the description of acts about which there’s no ethical doubt that they’re wrong, even evil?

2) And where exactly is honor located in the various cases? It’s fairly clear that Steve Mullins felt his personal honor affronted by Billy Jack Gaither’s proposition. And the murder of Steven Parrish was prompted by a notion of “gang honor.” But in the other cases the honor motive is more obscure. The author suggests Darrell Madden acted with a certain unconscious sense of “dishonor.” What about the Williams brothers or John Katehis? Were they simply insane, or did their actions play off a broader cultural conception of honor?

3) The book concentrates on the dark heart of violence in young men. But unquestionably most of the killers are to some degree sociopathic or otherwise psychologically damaged. So what’s the relevance of the stories to the rest of us and to society?

4) The book’s emphasis is on the killers. Is it possible to imagine a way to heal or tame the violence and anger of these men? How could they have been raised or educated differently? Is it even possible to derive practical or political conclusions from stories so full of specific detail and paradox?

5) It’s uncomfortable to identify with the people described in this book, but should we? Do we? The author briefly mentions his own identification both with Darrell Madden and Madden’s victim Steve Domer. What can a reader get out of experiencing such feelings?

6) Who’s really gay or bisexual or straight? The author says that Steve Mullins now identifies himself as “bisexual” but adds that one of Mullins’ friends considers the killer “basically straight” because his bisexuality doesn’t appear “innate.” Are there two kinds of sexuality corresponding roughly to the “genotype” and “phenotype” of biologists, that is, inborn and expressed? Is one more privileged than the other?

7) The sexual roles of top and bottom form a ground bass to many people’s notions of masculinity (often treated as winner/loser or strong/weak). Does moral content inhere in either role? Is one or the other good or bad? Why?

8) The writer comes to these stories from a literary viewpoint, not that of an activist or of a gender studies or gay studies academic. How might the treatment of an academic or activist have differed? And what does his perspective have to offer academics and activists?

9) The author seems to follow the pattern of legal “case histories,” one enriched by literary technique, in recounting these crimes. Is his tone the legal pose of objectivity or classic artistic coldness? Do the author’s opinions or prejudices eke through in places? Does he seem an honest broker? Do you feel able to make your own judgments about what happened?

10) Masculinity or ideas of masculinity are key to the events described in the book. Will women and men have fundamentally different readings of these cases? Gay and straight people?

11) Is there a real relationship between sex and violence or is it just a resemblance? Recent studies show the human brain processes simile and metaphor quite differently. Scientists were amazed to see widely separated parts of the brain become active when a person hears, for example, “The snow is sugar” and “The snow is like sugar.” What might happen if we tried the experiment using the words “sex” and “violence?”

12) Because the book concentrates on the link between ideas of sex and violence in a purely masculine context, all the cases involve gay victims or victims thought to be gay. But the violence described could easily have been visited on members of any out-group, Jews, African-Americans. To what extent does youthful masculine violence seem directed at a particular group and to what extent is it simply explosive?